You are here: Home / business / If you don’t trust your employees to work remotely, you shouldn’t have hired them in the first place

If you don’t trust your employees to work remotely, you shouldn’t have hired them in the first place http://bit.ly/2oYFjJP

I have some thoughts on this. At my company, they recently decided to make all employees at a certain call center home-based employees. If you do not want to be a home-based employee, you can stay until they close down the building ( a couple of months from now) and then at that time they will give you a severance package and send you on your way. So basically it’s work at home or just go home (with no job).

Meanwhile at my office, several of my workers have been petitioning, bargaining, asking and pleading for the flexibility to work from home and management says no because we are non-exempt and they are afraid of getting sued for overtime pay. (It happened once in California.) Little do they know there are people who work IN THE OFFICE more hours than they are supposed to without getting paid overtime pay, so they are already in that position.

I had pinkeye for 7 days a week ago. I could have been working from home if we had that option. Instead I missed 5 days of work. My work continued to pile up during my absence, so when I came back I was overloaded with work. That would not happen if I was able to work from home without infecting anyone.

At another company, I had a boss who favored butt-in-the-seat time. She had no idea if you were productive, but she was happy if you were in your seat. If you were out of your seat doing something (even something she needed doing) she became anxious. That mentality breeds this distrust of remote work. Visibility does not equal productivity. We should be measuring people by output not by how many times we see their faces everyday.

(It should go without saying that this is for knowledge workers and creative workers. We can’t have remote workers at restaurants, stores and hotels. For some jobs, you do need an actual person in front of you doing the work. I think it’s pretty easy to parse out which jobs are suitable for remote work and which ones are not. )

I do believe the sentiment in this tweet is true. If you can’t trust your employees to work from home, then you just don’t trust them, period. And if that is the case, why did you hire them? 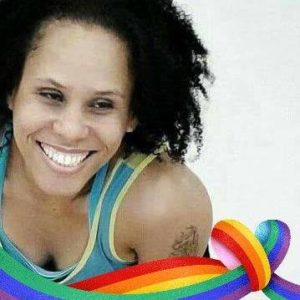